Home page > Blog > How long can bottled beer be stored? Refermentation as a natural conservation

How long can bottled beer be stored? Refermentation as a natural conservation 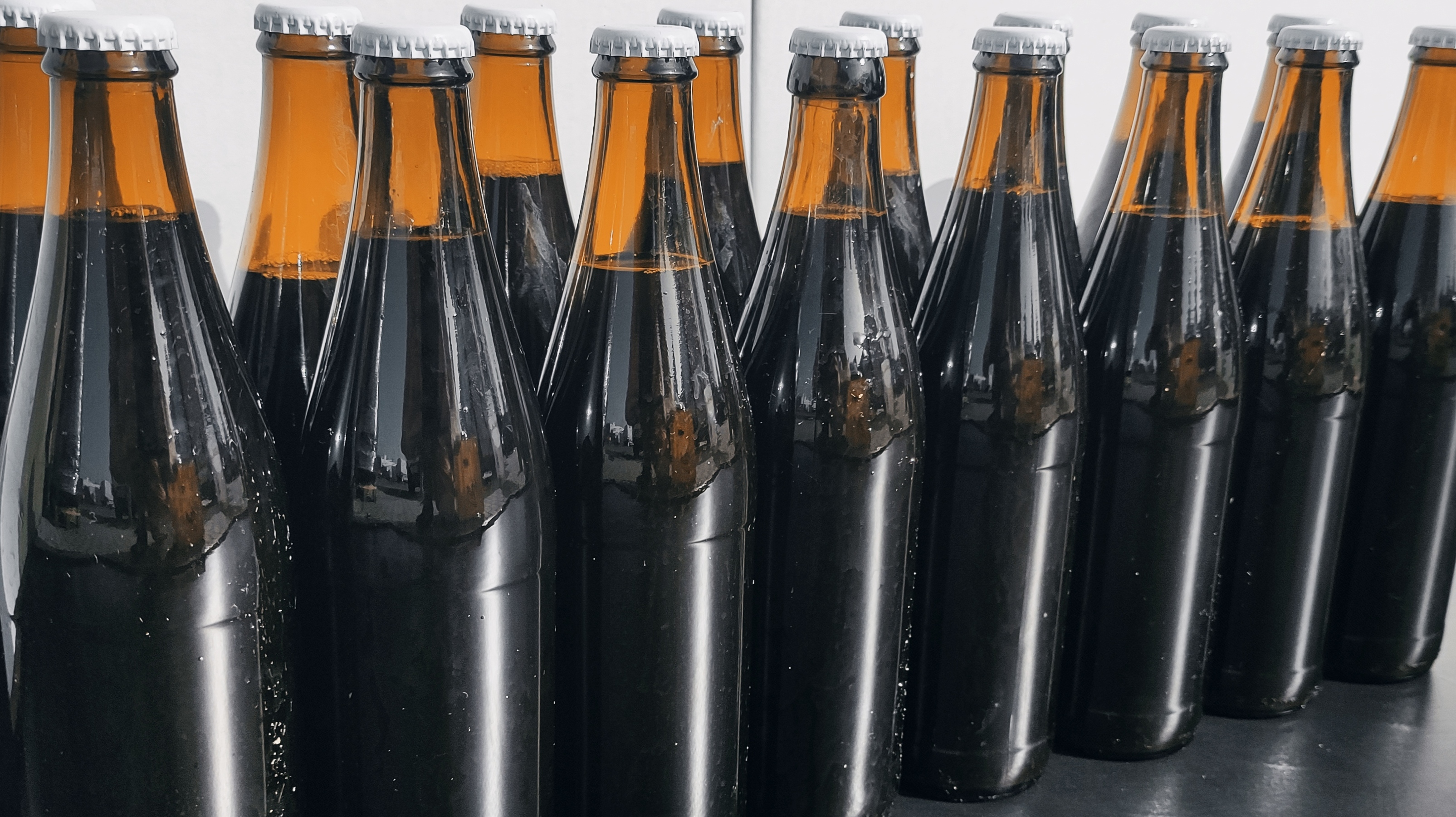 How long can a finished beer stand in a closed bottle? This is one of the most frequently asked questions - both by those who are about to face their first batch, and by those whose hands have already passed more than one kilogram of malt. The answer is simple - VERY LONG, which literally means up to several years. Theoretically bottled or registered beer that has been refermanted should not spoil (unless it has become contaminated when bottled) because it is naturally preserved in this vessel. In practice, however, it does not look so colorful, because if the beer does not deteriorate, it may lose some of its properties over time. But what about this maintenance?

Refermentation is an art popularized by Belgian breweries. It is almost always a necessary stage in home beer production. It is a process thanks to which we protect our beer against undesirable deterioration. It can be omitted if you have equipment for carbonating beers with carbon dioxide.

But first, let's explain what refermentation is. As the name suggests - refermentation - is the re-fermentation of our drink. This time it will not take place in a fermenter, but in a sealed bottle, keg or other vessel. Its main purpose is to give the finished beer gas. This method is used almost exclusively at home because it is simple and requires no special equipment. Paradoxically, for large breweries it is not very economical, therefore they focus on gassing beer with artificial carbon dioxide. There are exceptions, such as some smaller Belgian breweries, where refermentation is the traditional way of carbonating beers.

One of the characteristics of refermented beer is the characteristic sediment at the bottom of the bottle. Consumers perceive it positively, because it is a symbol of tradition and good brewing art, and the beer itself is automatically perceived as a luxury product.

An often overlooked fact is that refermentation slightly raises the ethanol level in the finished beer. Additionally, it increases the foaming of beer. The effect of yeast's work is carbon dioxide, which not only improves the taste, but also masks any imperfections!

This process consists in adding to the already fermented beer, just before bottling, the right amount of glucose, sugar or other substitute that will be food for the yeast. At this point, they start working again and, in addition to eating sugar, they also consume the residual oxygen in the vessel. In its place appears carbon dioxide produced by this yeast, which creates a natural protective barrier between the closure and the liquid. CO2 increases the pressure inside the vessel, so that no bacteria can enter it. The yeast dominates the environment inside the bottle to such an extent that no new microorganisms are able to develop in it.

How to carry out refermentation?

IMPORTANT! Before adding sugar or a sugar substitute to the pan, check carefully how much glucose is preferred for a given style - while if you add too little, the beer is simply poorly carbonated, adding too much can put you and yours at risk. loved ones in danger, as the bottles may not withstand the pressure and explode. Remember, however, that these are extreme situations. For the averaged amount of glucose / sugar added to the bottled refermentation, we take 6g / l of beer. 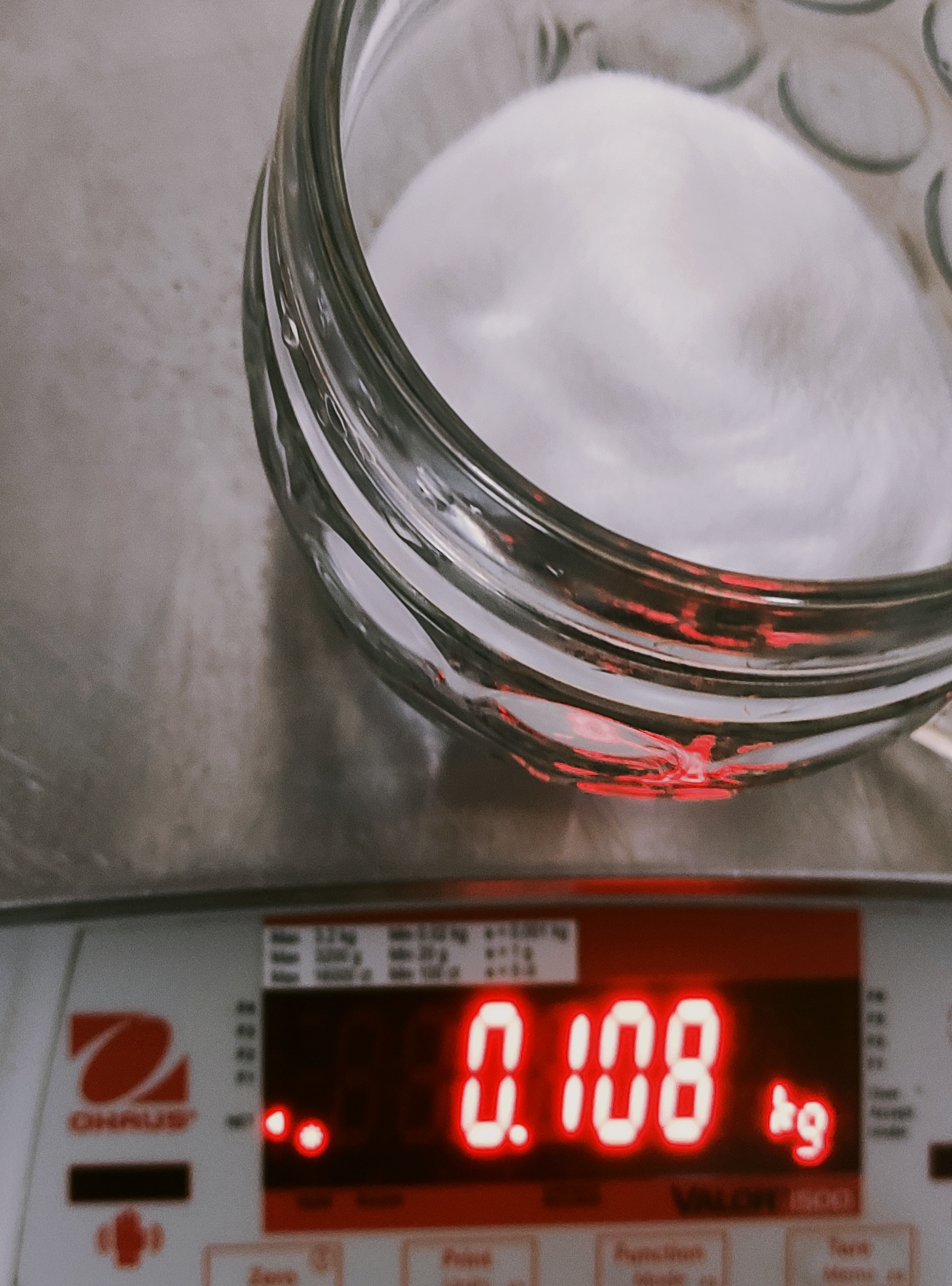 There are three ways to perform a refermentation at home:

Despite the fact that there is no physical possibility for the beer to spoil (unless it has become infected earlier), it is still at risk of losing its flavor and aroma. It is threatened by oxidation, i.e. a chemical process consisting in the donation of electrons by an atom, group of atoms or an ion, which results in an increase in the degree of the element donating ions.

Unfortunately, we cannot avoid beer oxidation, but we can slow it down significantly!

First of all - as mentioned above - be careful not to over-oxygenate the beer when pouring it. More oxygen in beer will accelerate its oxidation. In practice, it is of course difficult to avoid oxygenation entirely. However, there is no need to be overly concerned. During refermentation, yeast consumes a large part of the oxygen dissolved in the beer. In addition, the oxidation process takes place for a long time and from 3 to 6 months after the filling, it can be practically imperceptible.

Second, the rate of beer oxidation is highly dependent on the storage temperature of the beer and is reduced by about half for every 10 ° C downwards.

It is worth noting, however, that oxidation is not always a negative process. With the selected styles, it can have a positive effect on the taste. This situation mainly concerns dark and high alcohol beers. However, it should take place over months or even years. Leaving such beer at high temperature, hoping that it will oxidize faster, which will improve the taste, is not a good idea - quick oxidation will give us the opposite effect to the intended one.

Direct sunlight and fluorescent light leads to a photochemical reaction in hops and sulfur compounds. The result is the formation of so-called skunk notes, i.e. an unpleasant smell.

If you cannot avoid light when storing beer, you can minimize the risk of a photochemical reaction by using brown bottles. They transmit less harmful light than green or transparent bottles.

The natural process of preserving home beer is refermentation. When it comes to an end, the conditions in the beer storage vessel are where no bacteria can grow. This is due to three factors: - oxygen, which could harm our beer, was used up by yeast for refermentation - a protective barrier of carbon dioxide is created between the closing of the vessel and the beer - yeast dominates the environment inside the vessel, so that other microorganisms will not develop in it.

However, you need to remember to store beer in the right conditions - in the long run, this will have a positive effect on its taste and aroma. 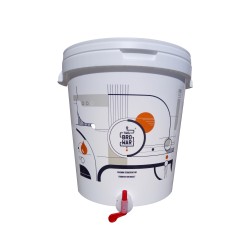 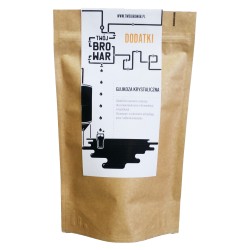 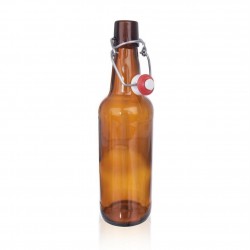